Early in 1992 NASA's prime contractor, McDonnell Douglas, awarded a million dollar subcontract to Power Systems & Controls. This contract included planning, design, testing, equipment, installation, and training necessary to ensure an uninterrupted supply of power to the Space Station Processing Facility at Cape Canaveral. The facility will serve as a primary pre-flight checkout and processing point for the Space Station Freedom.

McDonnell Douglas and NASA engineers looked for a power protection system with the highest reliability. They concluded that a Rotary UPS system, and in particular, PS&C's hybrid approach with matching electronics and a rotary filter, met the demanding requirements of the Space Station Processing Facility. Power Systems & Controls installed two 438kVA Series XC Hybrid UPS modules operating in a parallel redundant configuration and put them on-line in January 1994.

During the course of the project, McDonnell Douglas personnel were particularly impressed with PS&C's commitment to customer satisfaction and our outstanding job performance. As a result they chose PS&C a second time by naming us their Small Business of the Year 1994. McDonnell Douglas then nominated PS&C for the Kennedy Space Center (KSC) Small Business Subcontractor of the Year Award and KSC selected PS&C out of 2200 subcontractors in early August of this award. 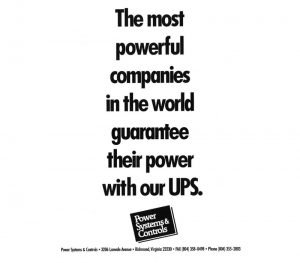